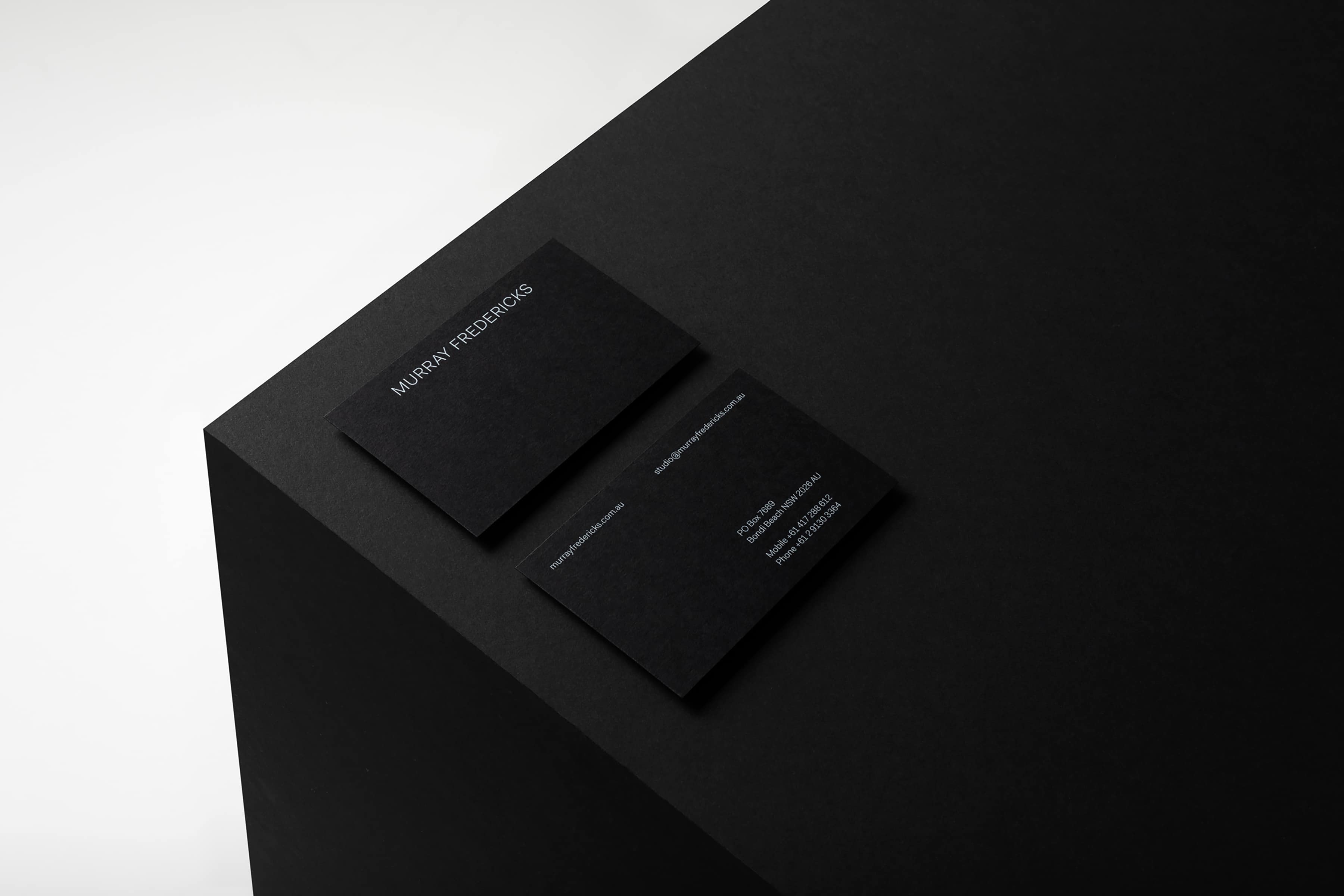 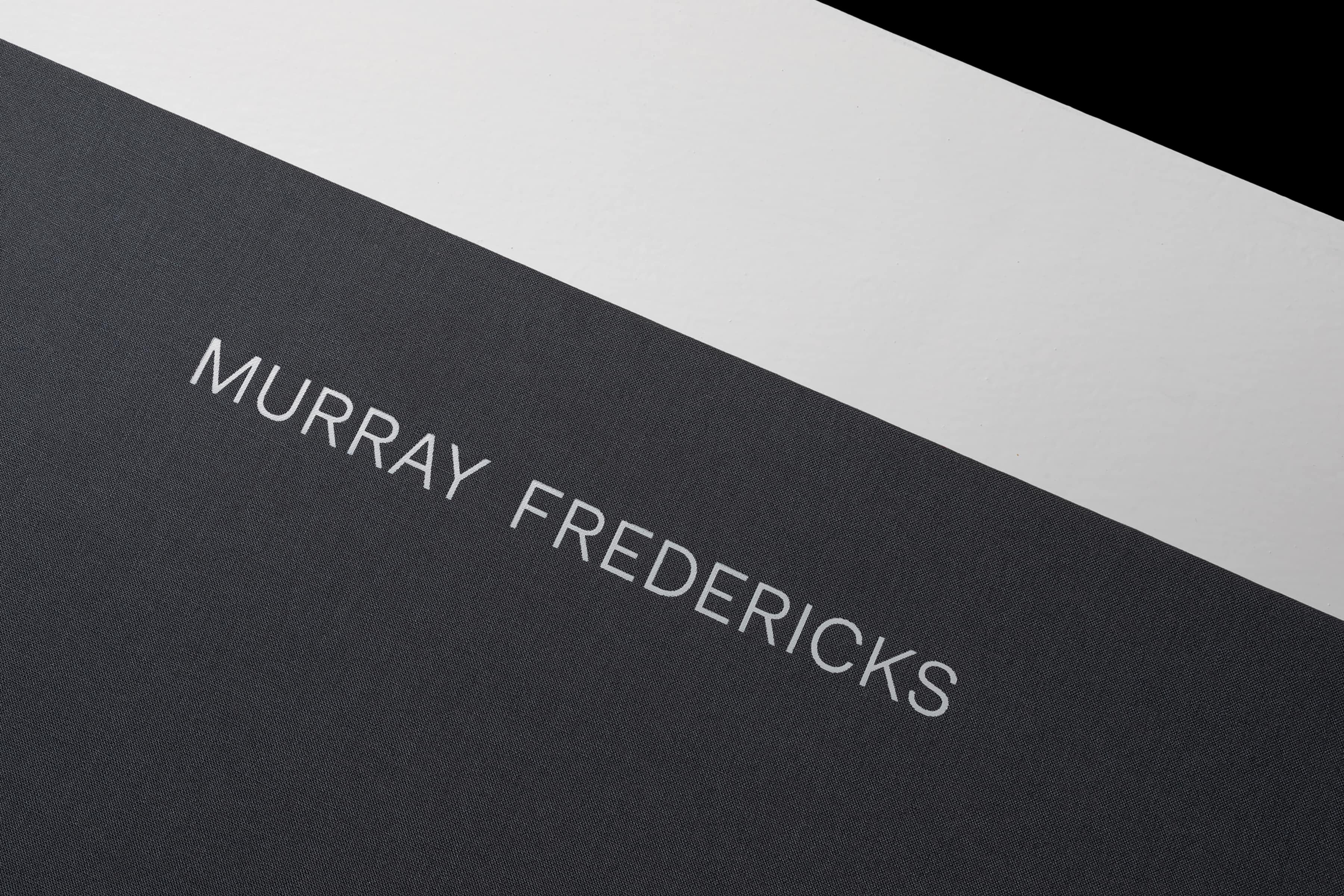 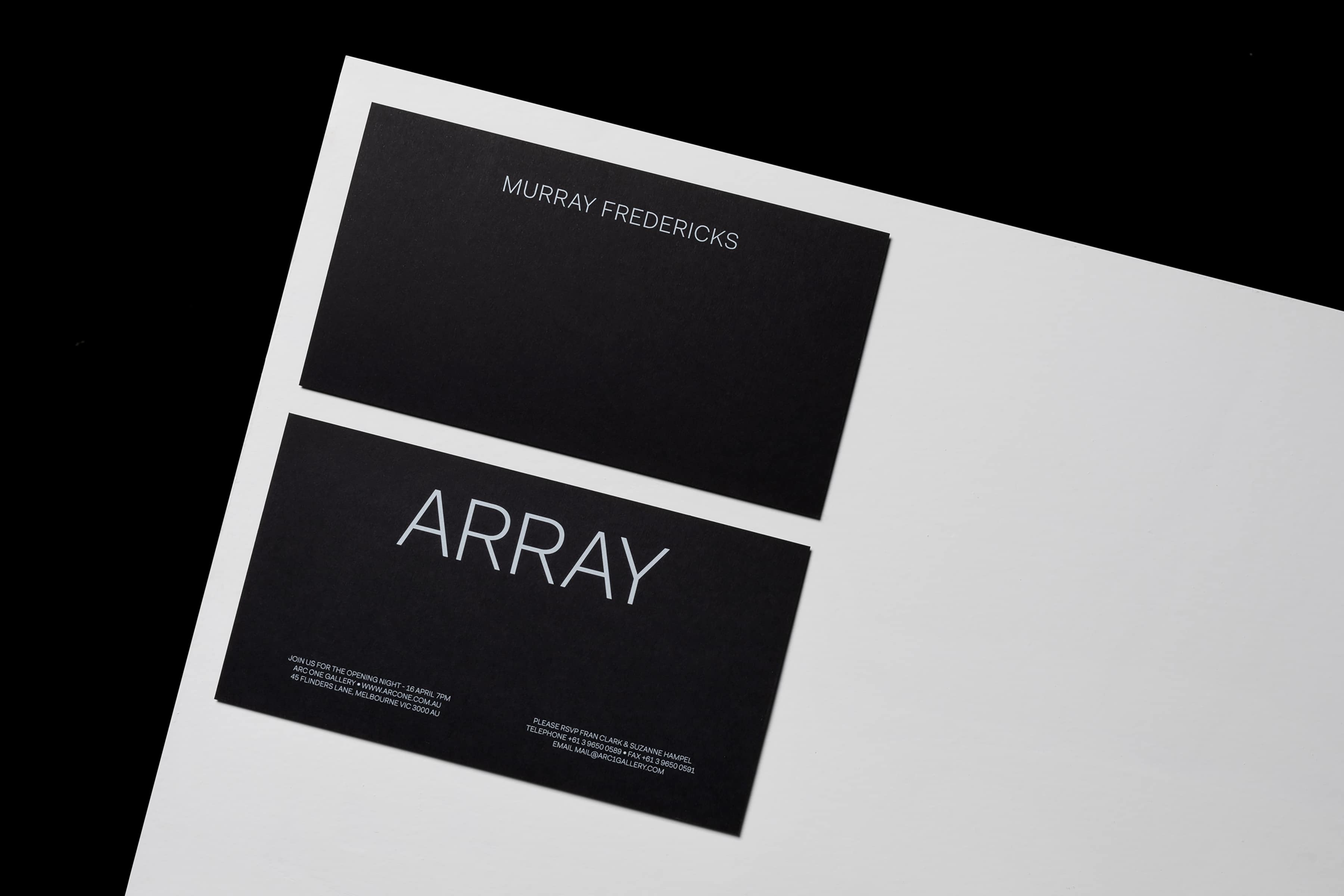 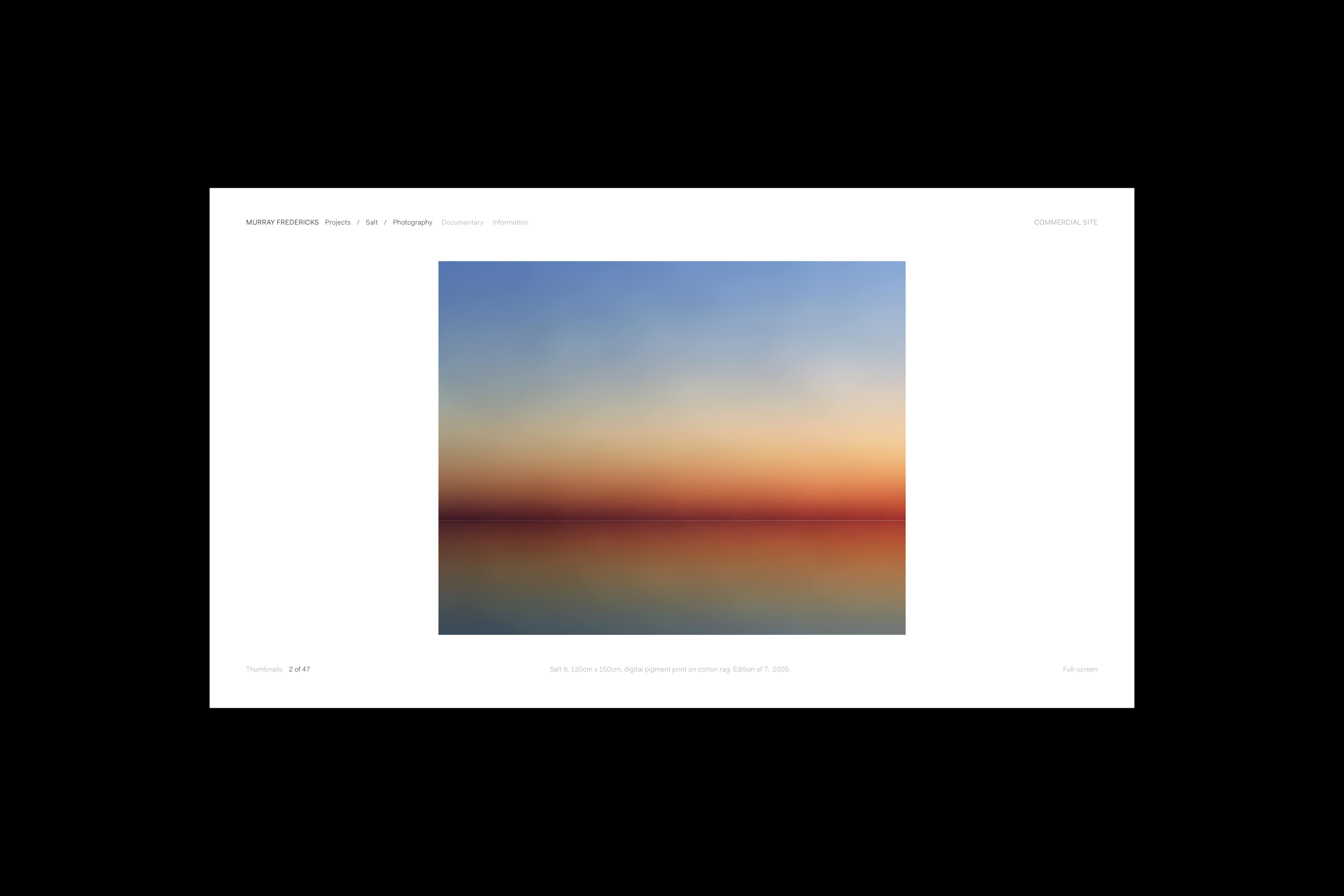 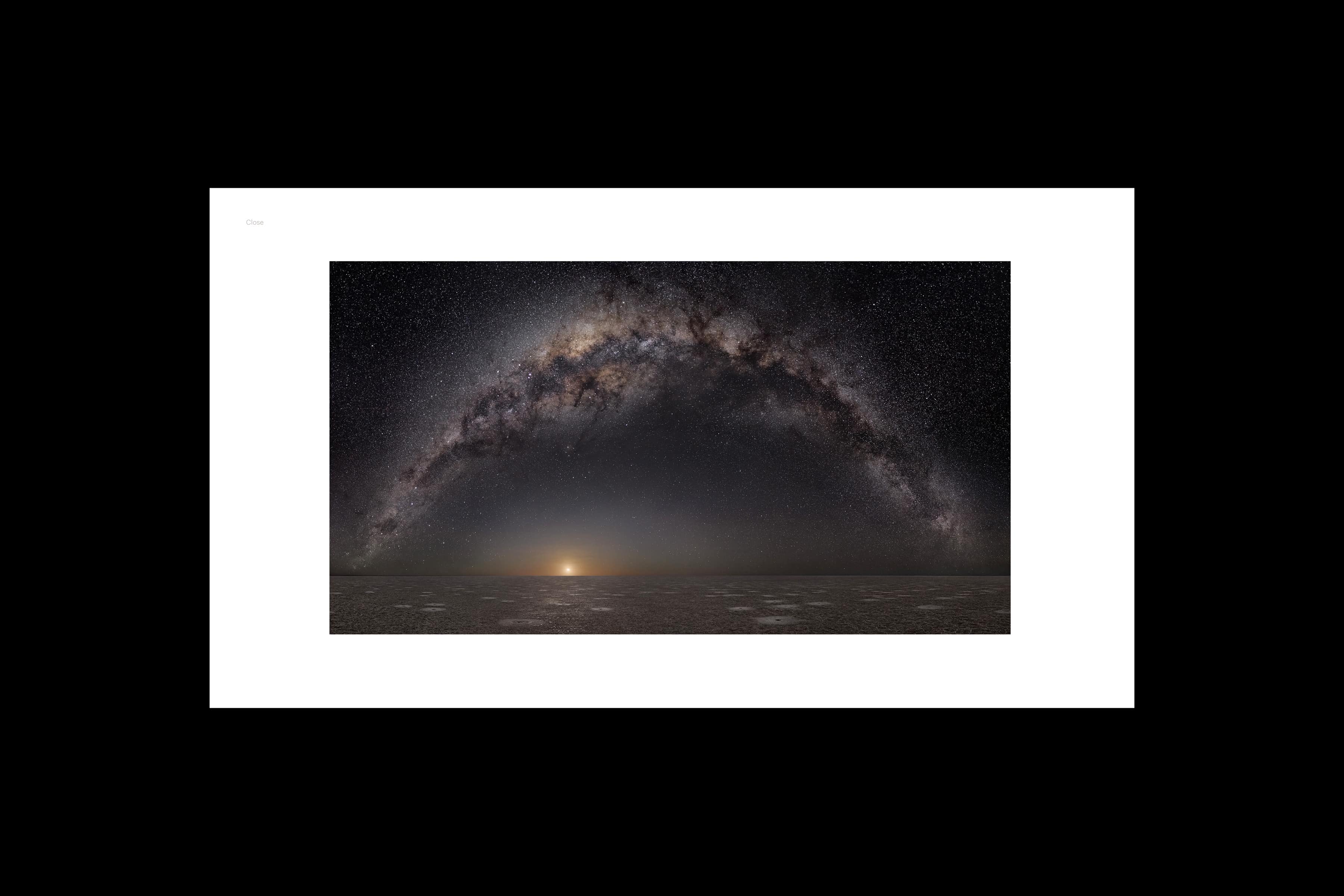 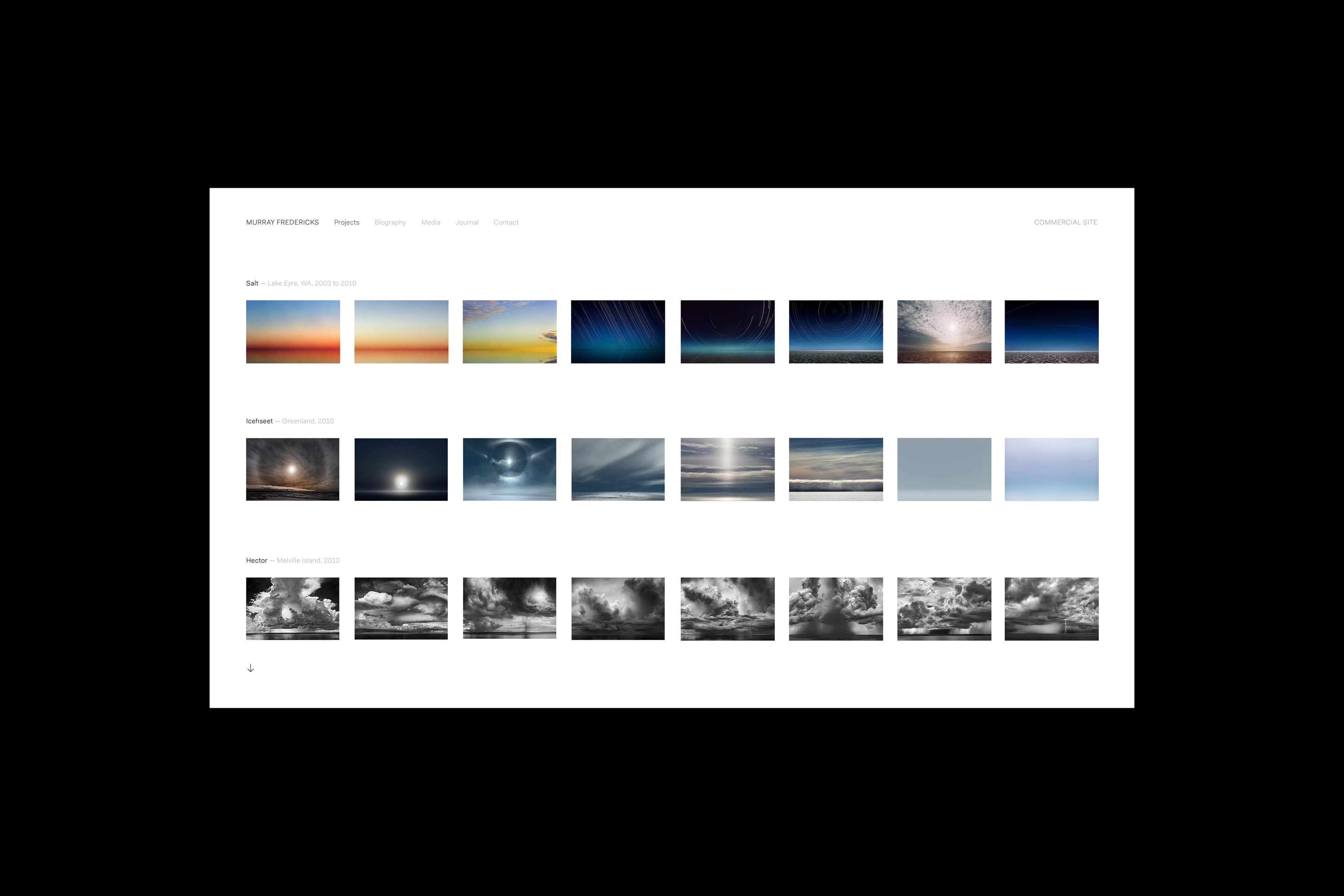 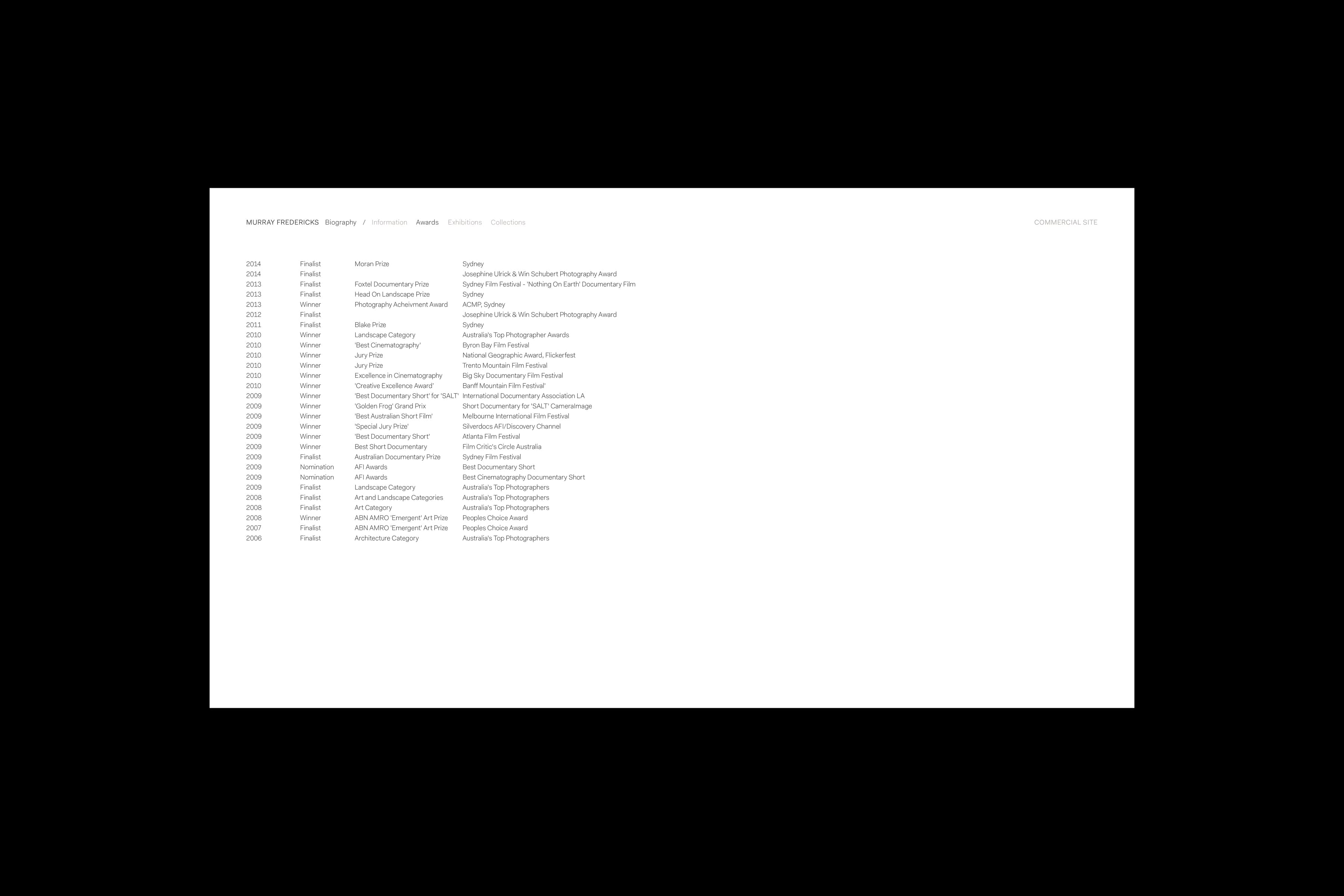 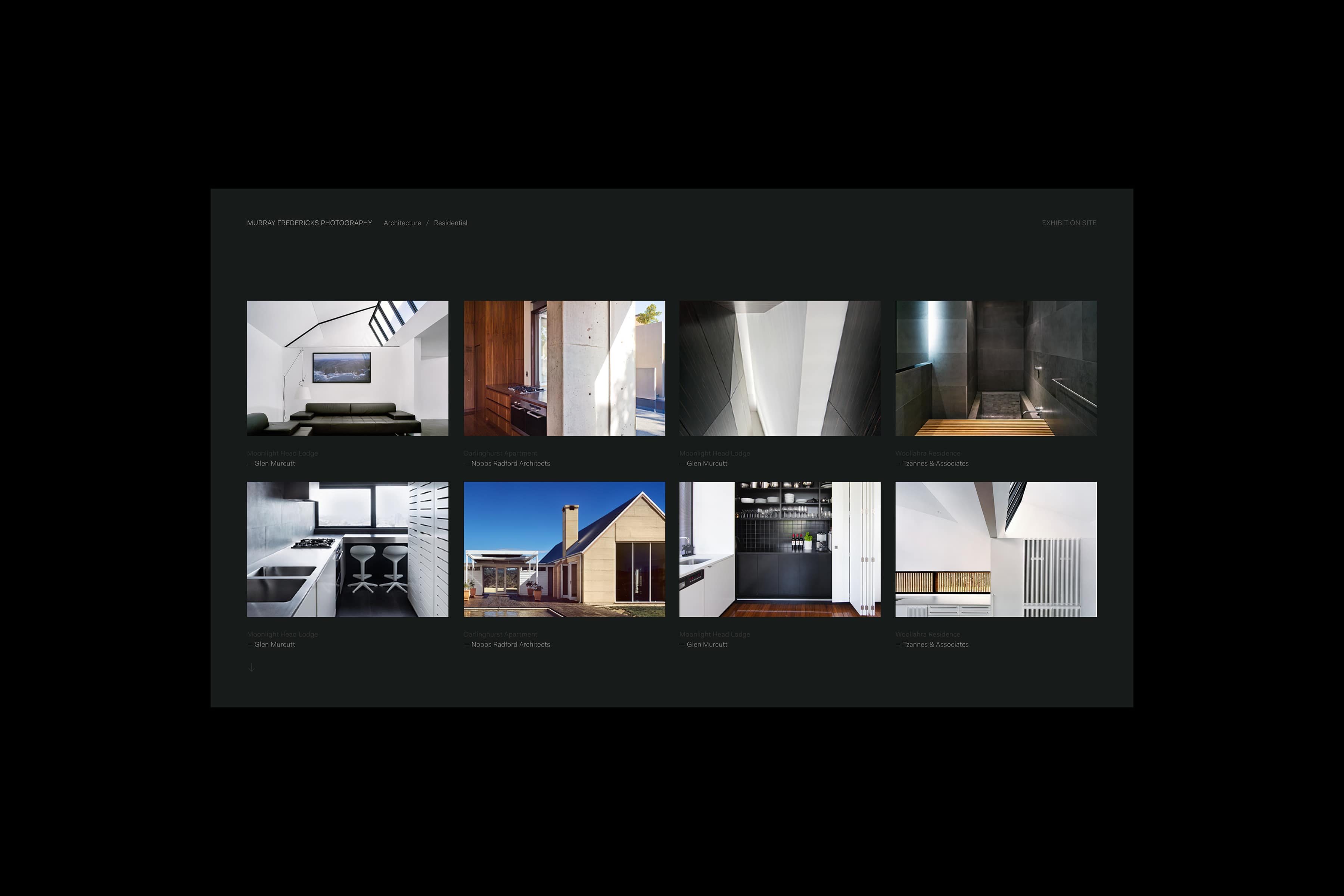 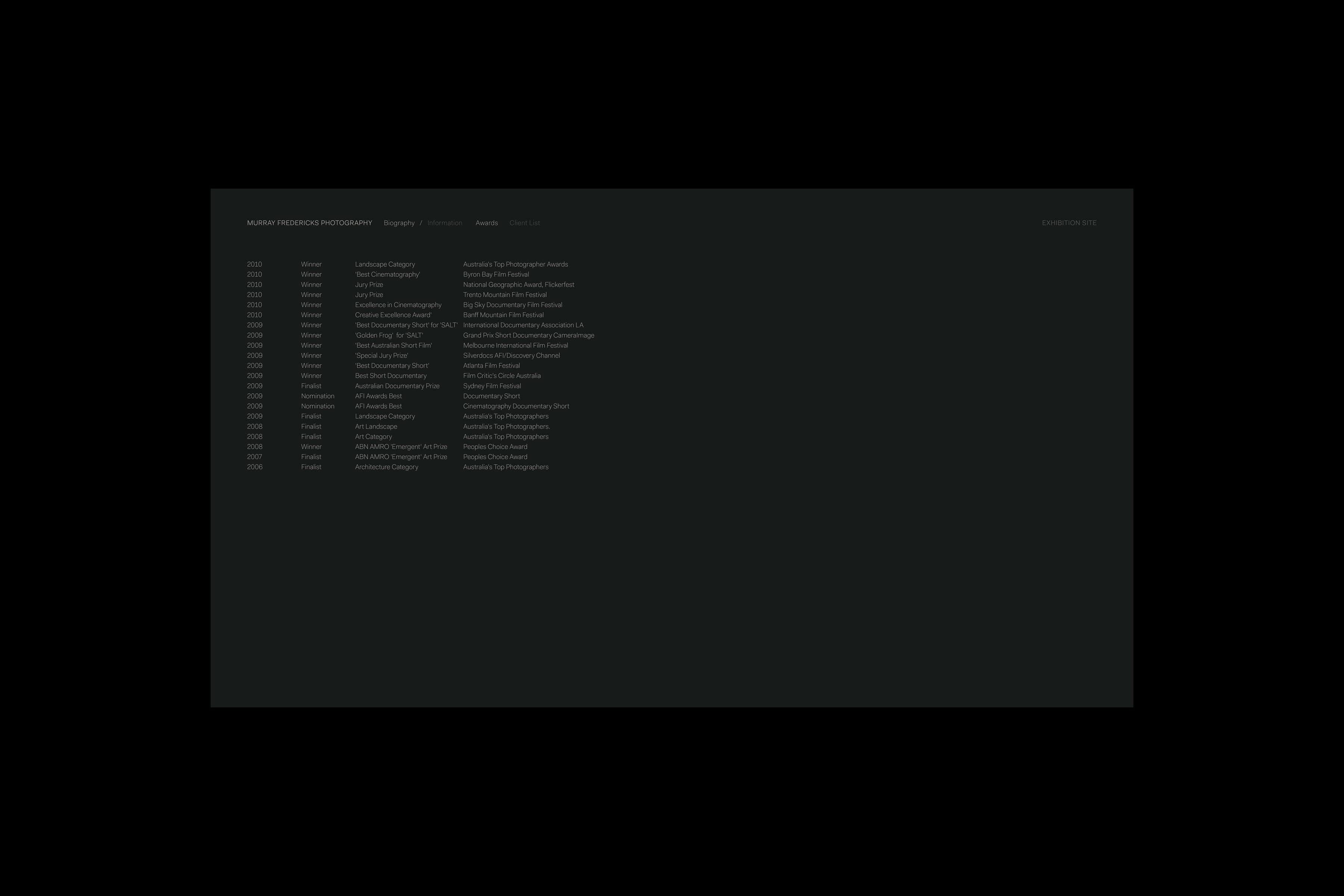 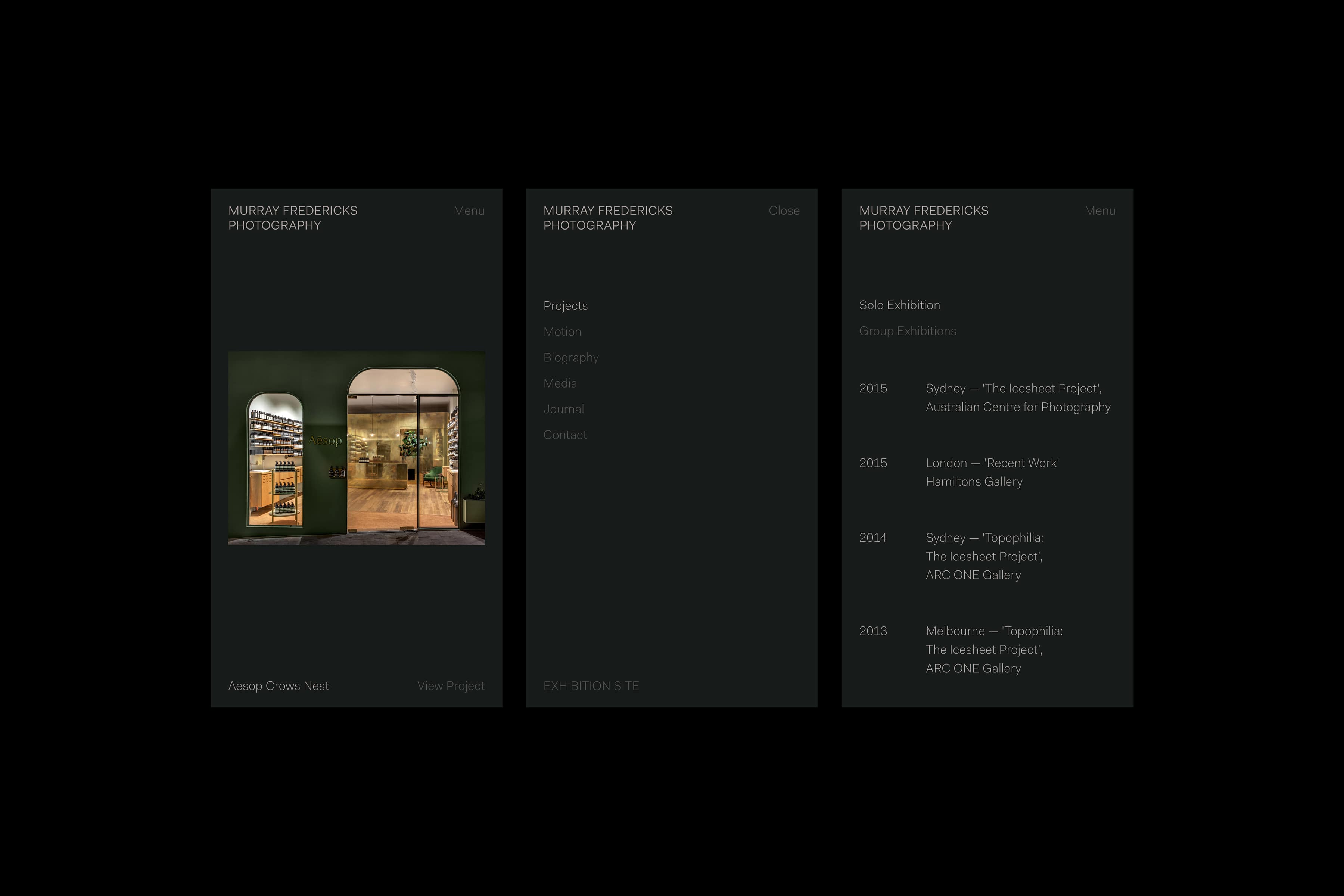 Murray Fredericks has been represented by Hamiltons Gallery for over ten years and has been exhibited alongside photographers such as Annie Leibovitz, Irvin Penn and Helmut Newton. In light of his expansive, immersive and at times surreal style we knew Fredericks’ identity needed to be subservient to his work.
We developed the identity to mimic his use of space and scale, using minimalism and sparsity to invoke the same sense of awe that his images do while also giving them room to be taken in.
In order to identify and separate his artistic and commercial work we developed two co-existing identities with mirror websites, each linked to one another. For Fredericks’ artistic portfolio we chose to mimic the gallery wall using a minimal white palette while then referencing the industry preference for black presentation in his commercial portfolio.